That was the 4th Baltic Earth Conference in Jastarnia! Thank you to everybody who made this a successful and pleasant experience!

From 30 May to 3 June, we had our 4th Baltic Earth Conference at the Hotel Dom Zdrojowy in Jastarnia, Poland. We had intensive and fruitful scientific discussions with new plans for the Baltic Earth network, which will be elaborated in the next two years and will cumulate in an updated Baltic Earth Science Plan.

Baltic Earth conferences are scientific events, but they are also places for making new connections or updating old ones. Here, lifelong friendships and collaborations between scientists from different countries and scientific disciplines are built and strengthened.

We are happy that more than one third of our participants are young scientists, who carry on the torch with new people and ideas.

Special thank you to IO-PAN in Sopot for an efficient and yet relaxed co-organisation and to the beautiful Hotel Dom Zdrojowy which was a perfect venue!

Find more on the conference in the download section to the right...

The conference covered the topics of the Baltic Earth Assessment Reports (BEAR), which reflect the majority of Grand Challenges and research themes of Baltic Earth over the past nine years.

Conference participants presented their research around these topics and discussed both Baltic Earth achievements and the way forward. The conference wasintended as discussion forum for scientists, students, managers and other stakeholders. There was also a dedicated young scientist´s event.

The sessions of this conference reflect the topics of the Baltic Earth Assessment Reports and other Baltic Earth topics. In discussing the different topics, we would like to include the perspectives from other marginal seas (like the neighboring North Sea, but also around the world). Contributions from other marginal seas shall help to evaluate the state of the regional Earth system (including human impacts) and management options in the Baltic Sea and elsewhere.

The Draft Conference Programme is now available. Please note that this is subject to change.

The abstract deadline is expired.

Contributions in accordance with the conference topics as outlined above, both oral or as poster, are welcome. Extended abstracts in English, maximum of two pages, including figures, tables or diagrams, are invited to be submitted by E-mail to the International Baltic Earth Secretariat.

An abstract volume will be produced, and a special issue in an international journal with the conference contributions is envisaged.

The Scientific Conference Committee will review the submitted papers, decide on allocation to topic, oral or poster presentation and establish the conference programme. Authors will be notified by mid-February 2020, and the programme is expected to be online by the end of February 2022. The abstract volume will be available electronically prior to the conference. Authors will be invited to submit a full paper based on their presentation for a special conference issue in an international scientific journal to be published after the conference.

An electronic abstract template is available for download below. Please use this template, other formats will not be accepted.

The Polish Baltic Sea coast is approximately 528 kilometres (328 mi) long and extends from Świnoujście on the islands of Usedom and Wolin in the west to Krynica Morska on the Vistula Spit in the east. For the most part, Poland has a smooth coastline, which has been shaped by the continual movement of sand by currents and winds. This continual erosion and deposition has formed cliffs, dunes, and spits, many of which have migrated landwards to close off former lagoons, such as Łebsko Lake in Słowiński National Park.

Hel peninsula is a narrow sandy spit, separating the Bay of Puck, the western part of Gdansk Bay, from the Baltic Sea. It is a part of the Puck County of the Pomeranian Voivodeship, and located close to the metropolitan area of the Tricity: Gdynia, Sopot and Gdansk, with more than 1 million inhabitants, for many of which it serves as a recreational refuge.

The conference takes place in the Hotel Dom Zdrojowy in Jastarnia in Puck County, Pomeranian Voivodship, Poland, located on the Hel Peninsula. Hel Peninsula with its two main towns Jastarnia and Hel is a holiday resort for the greater Gdynia-Sopot-Gdansk (Tri-City) metropolitan region.

We recommend to book accomodation in the Hotel Dom Zdrojowy, where the conference will take place. Single, double rooms as well as appartments have been pre-reserved for conference participants at special rates until 25 March. Please book your room with the Hotel before this date.

Book directly with the Hotel by sending an e-mail to m.lewicka@zdrojowy.com.pl or rezerwacje@hoteldomzdrojowy.pl. Please use the booking code "Baltic Earth Hel 2022". Please note that the Hotel asks a 30% advance payment for booking.

For the invoice, you need to indicate the correct invoicing address (usually the instutute/university address), and the institution´s VAT number.

For other options of accomodation in Jastarnia, please refer to the usual booking portals.

By air: Gdansk Lech Walesa Airport is an international hub which is served by all major airports in the Baltic Sea region and beyond. It is possible to get to Gdansk or Gdynia train station and downtown by train or bus.

By train: From Gdansk Central Train Station (Gdansk Główny) you can take the train to Jastarnia (about 2h ride, change train in Gdynia Główna).

By ferry: From Sweden, there are regular ferries:
from Nynashamn (close to Stockholm) to Gdansk
and from Karlskrona to Gdynia.

By car: Go to Puck and Władysławowo, then on Highway 216 to Jastarnia on the Hel spit.

Early Registration is over. Late registration is possible but higher fees apply. Fees can be paid by bank transfer or credit card. You will find all relevant information via the link below.

Details on conference fee payment are available at the registration page, see link below.

Due to limited space in the conference hall, we may have to limit the number of participants. Oral and poster authors have priority.

Information on the excursion will be available here in due time.

COVID19 conditions:
We anticipate that the conference can be held on location in Jastarnia, Poland. There may apply specififc restrictions and conditions in Poland at the time of conference, e.g. concerning the vaccination status. In the event that pandemic restrictions will make an on-site conference impossible, we will may need to revert to an online conference. Paid fees will then be re-imbursed. 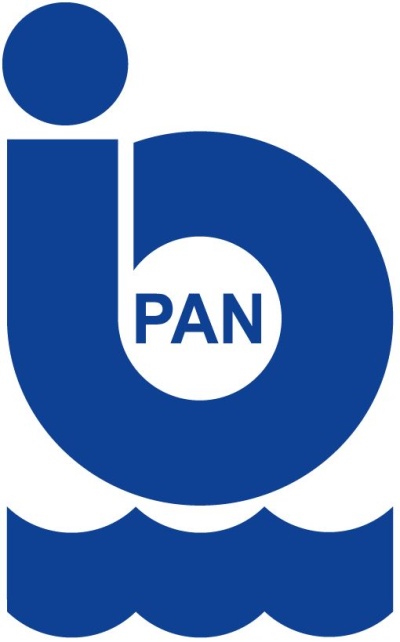